Windows 11 22H2 doesn’t have any breakthrough new features (although there are several quality improvements here and there). However, there is a big change in this version of the operating system – a completely new task manager with WinUI, Fluent Design, Mica and more.

The new task manager is not a complete overhaul of the existing application. The home page has been redesigned and the “tabs”, i.e. “Process”, “Performance”, “Network”, which are usually found at the top of the application, have been moved to the side . The reason is that the company wants to make the task manager more user-friendly and “modern”.

As you can see in the screenshots below, the Task Manager window now uses a new translucent Mica material. For the uninitiated, Mica is a new “design hardware” that aims to align the background color of the application window or title bar with the desktop background to generate a beautiful “color hierarchy”. 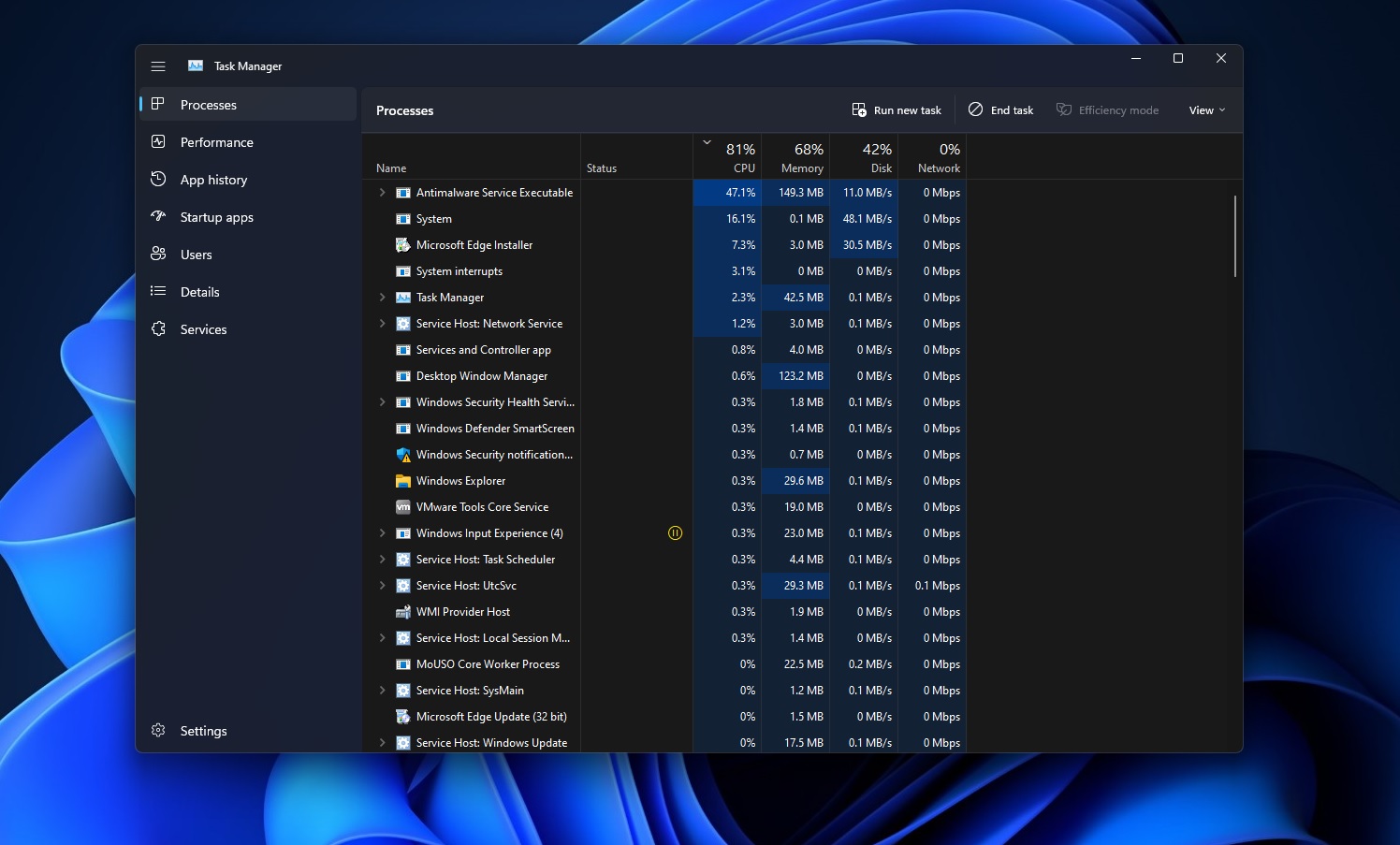 The Mica material used in Task Manager is not a transparency effect. In other words, if Task Manager is open on top of another application such as Paint, Windows 11 will always apply the desktop background theme color to the Task Manager title bar. . 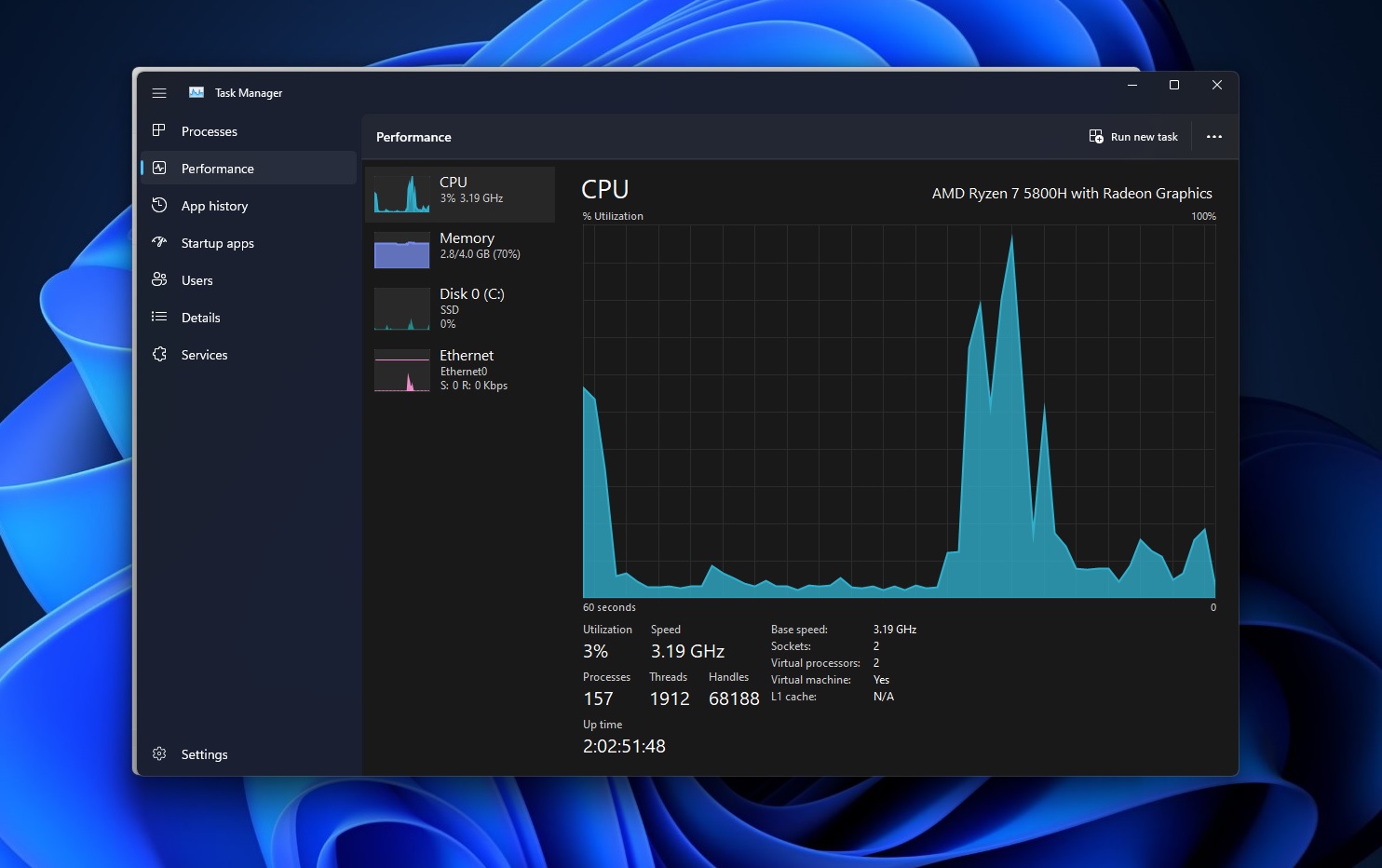 This won’t come at the cost of performance, according to a Microsoft official. The company insists that performance remains a top priority for Windows 11’s Task Manager redesign and they “want to make sure that all of these new features (Mica and Rounded Corners) are blazing fast.”

Along with the new tab layout and design, Microsoft has moved common actions such as creating a new task, ending a task, etc., to the top. These common actions will change as you switch between Task Manager tabs.

Overall, the design may look like the current iteration, but the background now supports dark mode and there are rounded corners throughout. This is another step in aligning Task Manager with Microsoft’s vision of a modern and visually appealing interface.

The main feature update to Task Manager is Efficiency mode, which is a new way to make sure you’re in control of certain processes. With Efficiency mode, you can reduce CPU stress by minimizing system resource usage on a process basis. This can lead to faster foreground responsiveness and better power efficiency. 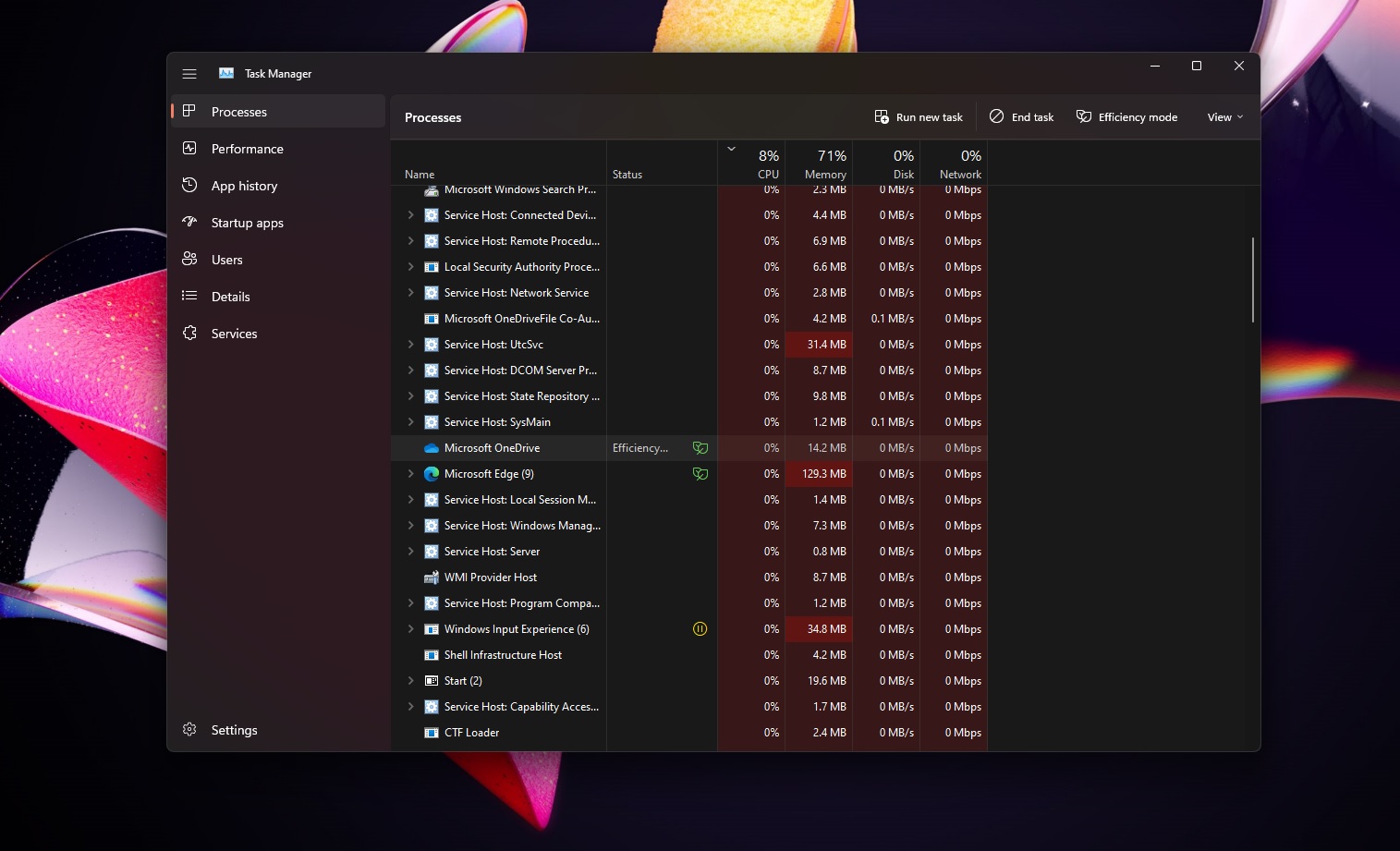 Task Manager’s efficiency mode leverages EcoQoS and limits process resource usage by lowering process priority. When the priority of a certain process is lowered, the application that depends on that process will not simply terminate. Instead, it will stay in the background and allow other important apps/processes to run efficiently on the CPU.

Windows 11 22H2 will start rolling out to users in October with Task Manager, Start menu features, and more.