After months of developer beta testing, Huawei has finally started shaping the road for the HarmonyOS 3.0 user beta. Meanwhile, the company has now released the HarmonyOS 3.0 User Beta Notice for the upcoming test program. This is quite amazing news, which all Huawei smartphone users have been waiting for.

According to the information, Huawei has released the program notes for HarmonyOS 3.0 closed and public beta testing. The purpose of this announcement is to inform consumers about upcoming HarmonyOS testing and how they can navigate through the testing phase.

The notes also mention how HarmonyOS 3.0 testing could lead to bugs in battery and system performance for the duration of the testing. Therefore, it could be considered as a precautionary measure for consumers.

Below you can check HarmonyOS 3.0 beta review details (translated) 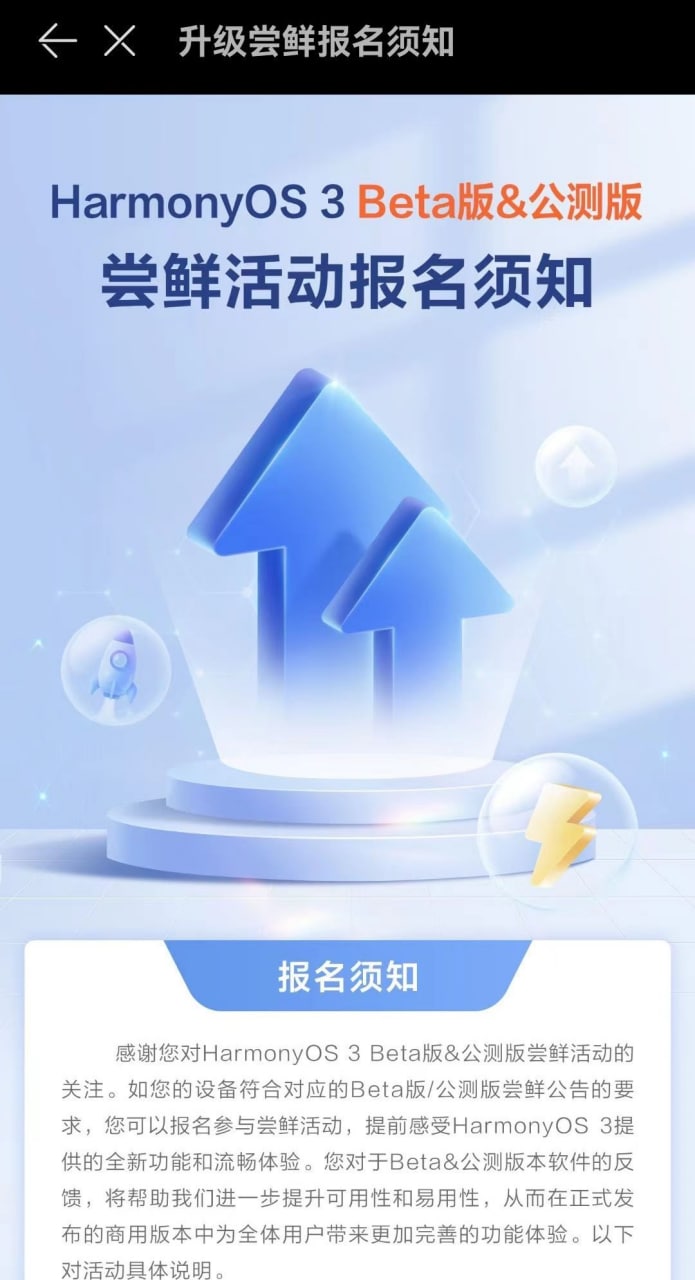 During the release development phase, the beta test release is released to a small number of users, which is divided into a log release and a no-log release. The version number with the word “log” is the log version, otherwise it is the non-log version. Due to the possibility of bugs or instability after the beta version upgrade, the registration review will consider a variety of comprehensive factors (including the number of candidates for the model and the corresponding model , registration order, activity, number of devices, internal testing experience, whether to meet the relevant recruitment announcement requirements, etc.).

1. Due to differences in beta testing functions, the review mechanism for early beta users on different devices will be different. After registering for the beta version of the early adoption activities according to the process, the administrator will perform several rounds of selection based on the existing application requirements. Those who meet the requirements will be granted qualification for internal testing and will receive an official notification. It was not approved because the conditions are not met, please pay attention to other follow-up early adopters.

2. If you have logged in to multiple devices with your HUAWEI ID, the list of devices that can be registered may include all devices that have been logged in with HUAWEI ID. Please check carefully and select the device you are currently using to register. version received.

Under normal circumstances, since the log version is preset with the log system, the power consumption is relatively large and the performance is relatively poor. If you encounter any issues during the experience, you can charge through the beta club. Participate in the beta early adoption activity log release to find issues and issue invoices efficiently, and actively cooperate with engineers to locate the problem. After the event is over, those with the most beta points will receive certain rewards (Note: For specific reward methods, please pay attention to the recruitment announcement of the corresponding beta version of early users). Users with rich beta experience are welcome to participate in registration. Users selected for early beta users will have priority to experience the new version, and at the same time, they must abide by the relevant code of conduct for early beta users.

The period of beta early adoption activities is generally 3-6 months, and some products may have a longer testing period. Since the beta version is in the development phase, there will be bugs or instability. There’s no need to worry too much when you encounter bugs, and later versions will continue to optimize. The official version will be released after the beta is over.

A beta version was released to the public during the development phase of the release. Since the public beta version is still in the development stage, its operation effect may not be as ideal as the official retail version. For example, some apps (including third-party apps) may be unstable or incompatible, which will affect your experience. Therefore, think carefully about whether to try it in advance. At the same time, considering user experience and compatibility issues, public beta activity may be suspended for some time.