Windows 11 KB5019509 is now available for version 22H2 (Windows 11 2022 Update) as an optional update. Users can download and install the update by searching for updates in settings, or they can also download KB5019509 offline installers. However, some people are having issues after installing this patch.

KB5019509 is an important feature update for Windows 11 version 22H2 and does not provide any security improvements. In other words, this is an optional update and you can choose to skip it. If you skip the update today, you’ll get the features of the November 2022 Patch Tuesday update, according to Microsoft.

As mentioned, this update includes many features, such as support for tabs in File Explorer. Another new feature is the refreshed Microsoft Photos app. For those unaware, Microsoft is working on another redesign of the Photos app that integrates Clipchamp and other features.

KB5019509 is a pretty big update and, unsurprisingly, installation fails for some users, with reports highlighting the usual unnecessary error messages and vague explanations posted on the Windows Update page. 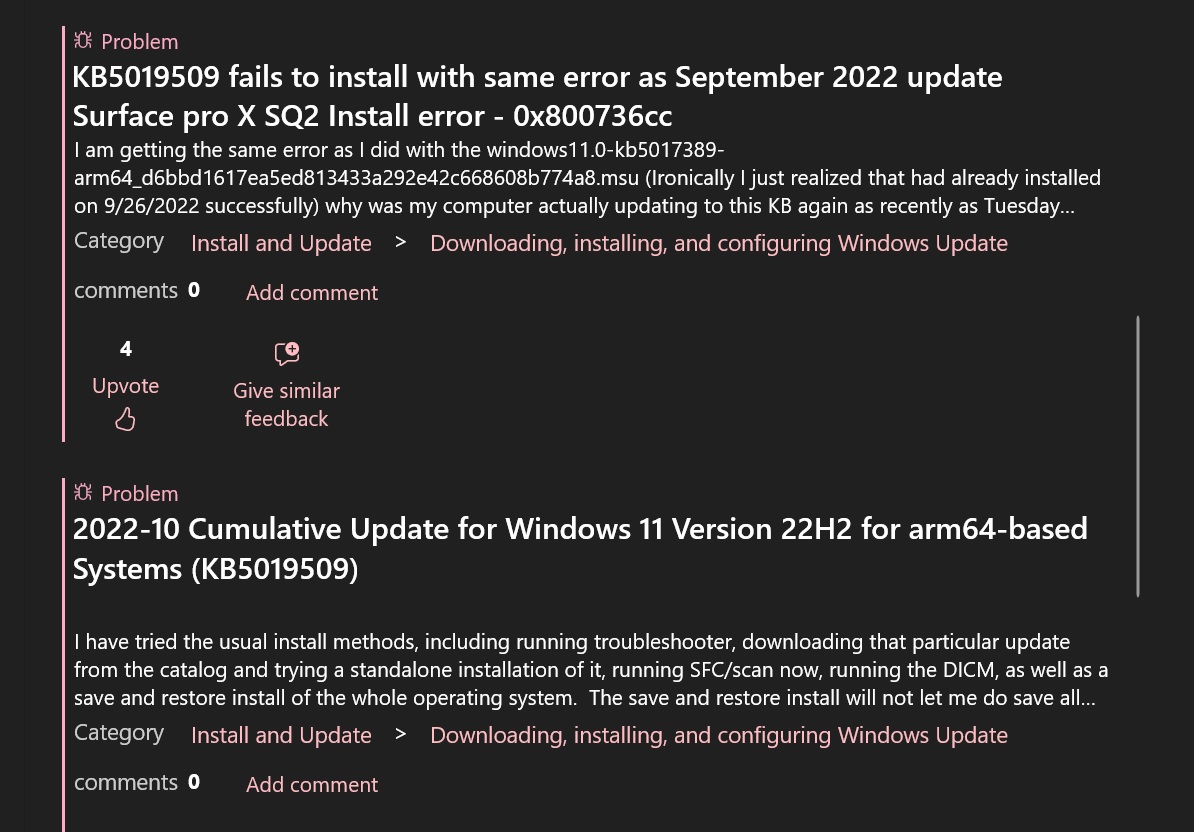 In another feedback hub, a user noted that KB5019509 installation fails even when trying to use tools like the Troubleshooter to fix Windows Update issues.

“I have tried the usual installation methods including running the troubleshooter, downloading this particular update from the catalog and installing it standalone, running SFC/scan now, running the DICM, and a backup and restore install of the entire OS system. The backup and restore install won’t allow me to back up all of them. the documents, so I couldn’t go any further with that,” noted one of the affected users.

Based on the number of reports, KB5019509 seems to be fairly stable and shouldn’t break apps or features in most cases. In rare cases, you may experience problems launching the Windows Widgets Table.