Linux distributions running on Windows in a WSL2 virtual machine can now use the systemd init system.

This week, Microsoft and Canonical jointly announced the news that the latest version of Windows Subsystem for Linux 2 (version 0.67.6 and above) has been modified to support systemd. Canonical’s blog post contains some technical details and also takes the opportunity to promote its LXD container thing.

Microsoft’s corresponding announcement isn’t all that technical – and the YouTube demo video even less so – but it does mention that there have been several third-party workarounds that have achieved the same thing.

The register predicted this about a year ago, and instead we suspect it might have something to do with systemd supremo Lennart Poettering joining the Windows giant a few months ago. 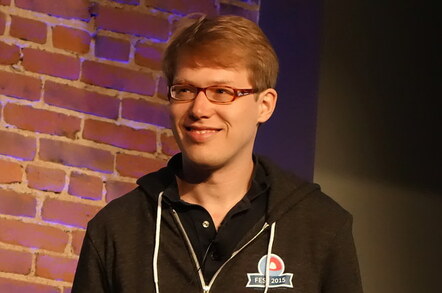 For clarity, this is specific to WSL2, the second-generation Windows Subsystem for Linux. WSL2 runs a full Linux kernel in a dedicated virtual machine, using a subset of Windows’ built-in Hyper-V hypervisor functionality. The original version 1 of WSL was a very different tool, which did not contain a full Linux kernel.

The joint Microsoft/Canonical demo video exemplifies tools such as MicroK8s (pronounced “micro-Kates”, and no mention of Kubernetes) and Canonical’s Snap cross-platform packaging format, as Linux features requiring the functionality of systemd.

Apparently implementing this required changing how WSL2 works, as previously it used a Microsoft program running as PID 1 for integration with the host OS. As such, the systemd support change will not be automatically pushed back as it could break things for existing users. You will need to install or upgrade to the necessary WSL2 version from the Microsoft Store to activate it.

This problem has persisted for a long time and has caused problems for some users. For this grizzled Linux veteran, not being able to use the systemctl The command doesn’t seem like a big inconvenience, but for sysadmins young enough to have never seen a distro without Poettering’s brainchild, it’s confusing.

We suspect other jaded veterans might see the absence of containers, Snaps, Flatpaks, and even system as positive perks, but this is a cultural generation gap and it won’t narrow. Far be it from us to speculate that Microsoft adopting, extending and then shutting down systemd can ever be considered a good thing. ®