The Aspire command and control center will monitor all stadiums at once as Qatar pulls out all the stops to keep an eye on the million-plus expected visitors from the moment they step off the plane until the when they leave.

Staff work at the Aspire Security Command Center for the FIFA World Cup Qatar 2022 near the Khalifa International Stadium in Doha, where operations and security teams will be able to monitor all stadiums during the World Cup . —AFP

Facing a bank of NASA Mission Command-like screens, technicians count down to the World Cup in Qatar, checking the temperature, gates, 15,000 cameras and more at the eight stadiums.

The Aspire Command and Control Center will monitor all stadiums at once as Qatar pulls out all the stops to keep tabs on more than a million expected visitors from the moment they step off the plane until when they leave.

Qatar has spent billions of dollars building seven new stadiums and renovating an eighth for the first World Cup in an Arab country. He seized on the particularly short distance between them – just 70 kilometers (43 miles) between the two most distant sites – to set up the elaborate virtual network. 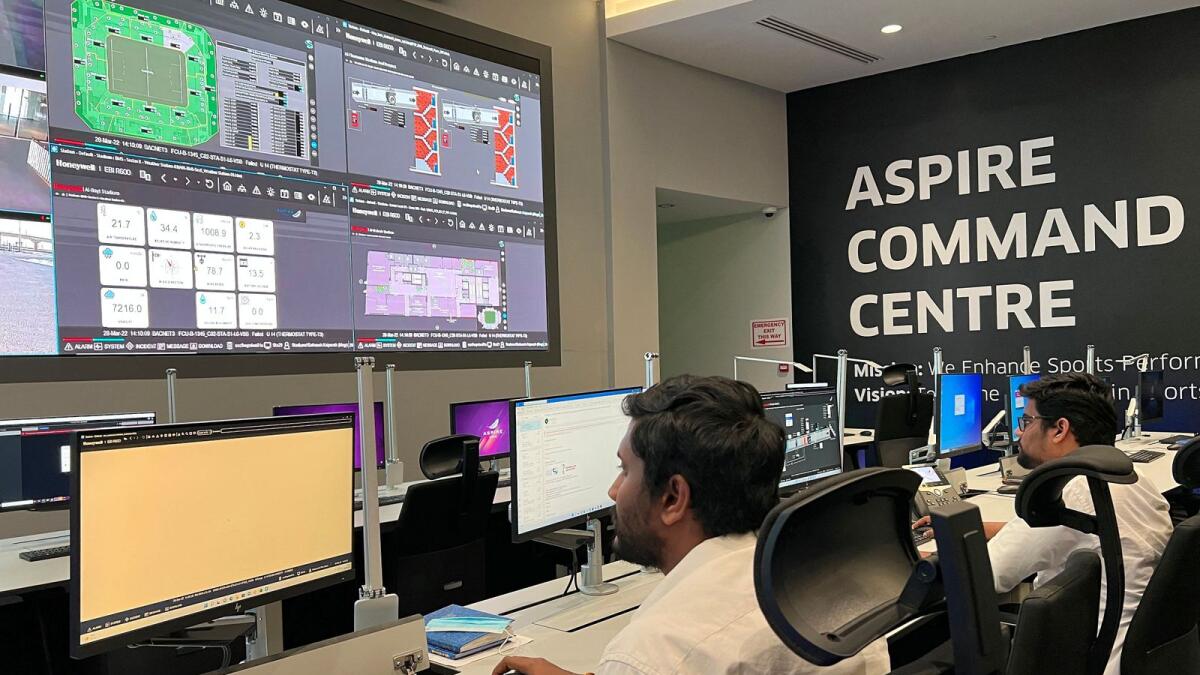 Organizers say the control center, bristling with alarms and sensors, will be a benchmark for global sporting events that need to guard against terrorism, natural disasters and hooligans, as well as leaking water pipes.

The figures that should flow into the streets worry the authorities. More than 3,000 Turkish police officers will reinforce local security forces, while small groups of police officers from each of the 32 competing countries will follow their fans.

Fans went through an initial screening when applying for tickets. Names on a blacklist of hooligans and fraud have been banned.

Fans will be followed through the streets of Doha by ubiquitous CCTV cameras equipped with facial recognition technology. Qatar University experts have developed drone surveillance systems which they say will give the most accurate estimates of the number of people on the streets.

In the Aspire Center, engineers will monitor for air conditioning failures and jams at ticket doors. A command center of the Ministry of the Interior which will monitor all streets, buses and subways.

Police will roam the center on match days and play a key role when there are up to four matches a day, with tens of tens of thousands of fans leaving one stadium and entering another.

“Basically, we can open a door or all the doors of a stadium from here,” said Niyas Abdulrahiman, the organizers’ chief technology officer, standing in front of the screens inside the Khalifa Stadium compound.

“Whatever happens, there is a response in place,” said Hamad Al-Mohannadi, director of the command center.

“As long as there is no material damage and no one is injured, we will just watch,” he added.

“Anything related to property damage or injury to a person, we will have to report it and deal with it.”

Abdulrahiman calls the organizers’ ground control “the eyes, ears and conscience of all stadiums at the same time”.

If there is an incident in a stadium, his team, all in dark suits in front of screens, can “control it, put other stadiums on different levels of alert, and take precautionary measures, all simultaneously” .

“One can be evacuated and in another we can secure the perimeter and keep people out,” Abdulrahiman said.

“We have our eyes on the pitch, we can see the 15,000 cameras spread across the eight stadiums.”

Monitors can show how many people are in any stadium at any time and all nearby subways and buses.

“You can stream content to the video screens in the hallways for any scenario when you want to communicate with the fans,” Abdulrahiman said. Announcements can be made in one or all eight stadiums at the same time.

Any alarm in a stadium immediately appears on the screens and the counting of numbers begins immediately.

The monitors can also use virtual models of each stadium to find the best way to access each room or equipment, in the event of an alert or a burst pipe.